Galaxies in the nearby universe tend to be either blue, star forming, disk galaxies, or red, dead, elliptical galaxies. How this bimodality arises and the transformation processes that can cause galaxies to change morphology is still an open question. KLASS (the KMOS Lens-Amplified Spectroscopic Survey) is providing 3D information about galaxies at ‘Cosmic Noon’ to help understand the evolution of star forming galaxies. By targeting galaxies lensed by massive clusters from GLASS we can resolve galaxies much fainter than ever previously studied. We find a huge diversity in the kinematics of galaxies in this epoch, though they are mostly dynamically hot disks. 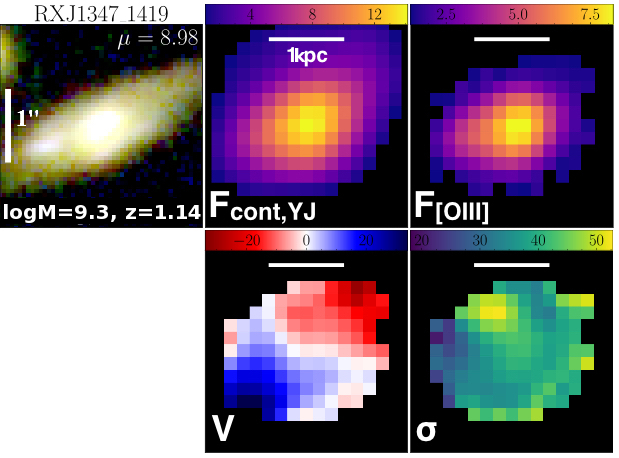 Sometimes I look at resolved galaxies. A nice example of a rotating disk in KLASS.